In my old life – the one with husband, home and supposed stability – I had an afternoon ritual. Our house didn’t get much light, but for about an hour in the afternoon, a sunbeam lit up one spot in our bedroom. If I was feeling down, overwhelmed or tired, and especially when it was a freezing cold winter’s day, I would get my dog, Ruble, wrap us both in a white knitted blanket that had been a wedding gift, and sit or lie in that sunbeam, soaking it up like vitamin D-deprived sponges.

No matter how much I felt like I’d fucked up that day or that week or that lifetime, or how shittily I felt I was doing at my career or my marriage – thoughts I had a lot back then – the sunbeam didn’t care. It was like “Hey, girl, I got heat for you. I got heat for everyone, no matter what they’ve done. Come on in. Bring your sins. I’m here.” And for that hour, dozing or reading or meditating, real life was suspended, and everything was okay. 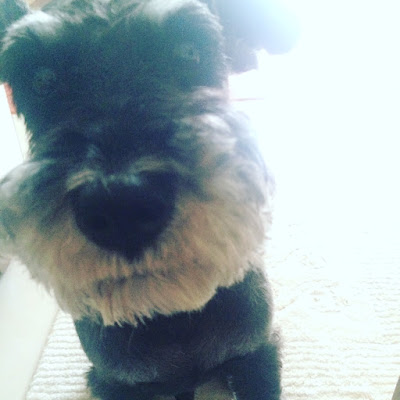 Ruble’s been living in Turkey with my dad as I’ve been traveling. But for a variety of reasons, it’s time for both of us to come home. So, a few days ago, we boarded a flight that would take us back to Canada for the first time in two years.

Everyone is always grumpy at airports. I’m not sure if you’ve noticed this, or if maybe, like me, you’ve been up since 3am and don’t want to eat a stale muffin for breakfast, and are equally grumpy. I also had extra anxiety: this was my first time traveling with Ruble, and he was supposed to come in the cabin with me, but so far, the airline had been really difficult to deal with. I was afraid they were going to come up with some reason to turn us away, or make my semi-toothless geriatric schnauzer travel in cargo.

Lo and behold, when we arrived at the airport for the domestic part of our flight, the airline people gave me grief. I showed them my foot high stack of letters and documents. I tried patiently to explain that this had already been discussed with the people at their head office. They made phone calls. I became less patient, already wondering how many more hoops I’d have to jump through before we landed in Montreal. Ruble was sniffing around the floor at leftover bits of stale muffin, so I lifted him up and stuffed him into his travel bag in the front compartment of the baggage cart, which put him at eye level with the airline guy I was dealing with.

As soon as he spotted Ruble, his eyes went wide.

“Hello!” he exclaimed in Turkish, his voice six octaves higher. He stroked Ruble’s head and beard. The ladies behind the counter cooed and made faces. A few minutes later, the whole issue had been sorted out and we were on our way.

We went to go through security. All I could think was what they must be thinking:

“Check out this privileged white bitch carrying her dog in his own bag while the rest of the world falls apart.” 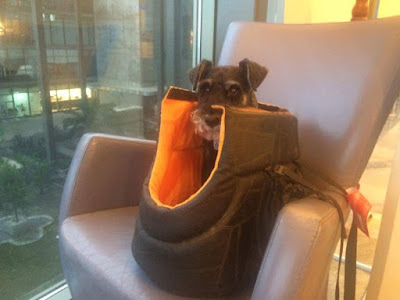 As soon as the security dude saw Ruble, he got down on his knees to snuggle him. The girl who patted me down asked if she could hold him, and I swear they searched through my luggage extra thoroughly so she could carry him for a few more minutes. The same thing happened at the next security check, and the next. 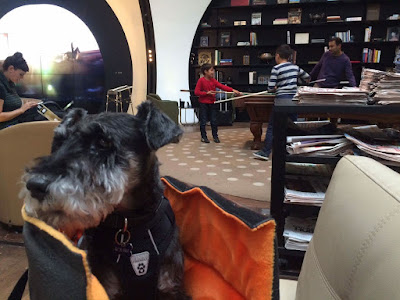 And it wasn’t just the airport staff. Never on a flight have I made so many friends, or traded so many life stories. Strangers smiled at us from across passport control lineups. Kids ran over and stroked Ruble’s back and ears. Massive bald men with hairy chests and gold chains spoke to him in singsong voices. A stern-looking mustachioed guy on our flight, who refused all meals, read from the Q’ran for hours on end and looked like the last person who would give half a fuck about any kind of pet was one of the sweetest, most playful people we met that day. I landed off a 20+ hour trip on top of the world, and pretty sure I’d found the answer to world peace.

I wake up the next morning in my hometown, after almost three years of travel, and imagine what will happen when I run into people I went to high school with in the mall, who will all, obviously, be happily married to their soul mates and have two kids, three careers and a 401k, whatever that is.

“How are you?” they will exclaim, as their wedding rings glint in the sunlight, reflecting off their gold-plated Swedish-made strollers. “What have you been up to?”

I am not good in these types of situations. I just don’t elevator pitch well. I could say, “I’ve been traveling the world, free as a bird, and I’m happier now than I’ve ever been.” But I won’t. Instead I’ll stutter and mumble something about how I’m divorced with no kids and living in my father’s house, and then make an awkward excuse and run to the nearest establishment that sells muumuus and cats.

Then I turn on my phone and find out that Trump will be the next President of the United States.

I shut my eyes and pray that it’s a bad dream. I wonder if I should have stayed on the other side of the world. Then come the anger, the fear, and most of all, the blame.

Cross-eyed with jetlag, I walk to the supermarket. I go through the sliding doors, take a cart, turn and run smack into one of my teachers from high school.

Somehow, I remember to mention that I’d been traveling. She thinks this is fabulous and asks where to.

We chat for a long time. She tells me some great things about her kids and grandkids, but also about some of the difficulties she’s faced over the last few years. Big difficulties. Humbling difficulties.

We hug goodbye, and I notice that I’m feeling better. I don’t have Ruble with me, but decide to act as if I do. I’m extra friendly to the woman behind the deli counter, who is extra friendly back. I grin at a tired-looking mom trying to stuff her toddler into a stroller. I say hello to people I pass on the street, some of whom are walking dogs, others who aren’t.

When I get home, I find Ruble on my bed, in a sunbeam.

I curl up next to him. Having mostly been in warm places over the last couple of years, I haven’t actually sat in a sunbeam for ages, and certainly not with my little sidekick next to me. Now that we’re back together, I’m realizing how incomplete I’d felt without him. And how much I’d forgotten the effect he has on people, not because he’s that special (well, he is, but we won’t go there for now,) but because, like all dogs, he is unconditional love. He is a reminder that no matter how grumpy we are, how much we’re up against, and how different we think we are from each other, we’re on this ride together.

And that there is nothing more powerful on this entire planet than a kind word, a wagging tail, or a smile. 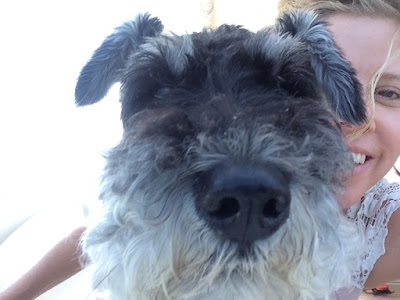