Day 18: Breakfast at the Vatican and Other Miracles

So I had breakfast at the Vatican this morning.

It came as a surprise to me, too. I am not the world’s best planner as a rule, but I can be extremely organized, especially when it comes to travel. I love researching trips and destinations. To me, finding out about some sight/ruin/crazy restaurant/gypsy caravan hotel and have my heart skip a beat with excitement is half the fun of traveling. But even better is when you just show up somewhere, only to find it is home to a place you’ve never realized you’ve been waiting to see your whole life.

I got to experience this in Wales, when I discovered the house where Led Zeppelin wrote some of their biggest songs was two hours away from where I was staying, and made damn sure to find it. And I got it today.

Italy has, so far, been the most unplanned trip I’ve ever taken. Turns out working, traveling/visiting with friends and doing a 30-day blogging challenge take up a lot of time. I ended up with ho hum accommodations too far outside of Rome, and going to the Vatican on Sunday, to find out that the museum was closed.

“Will it be open tomorrow?” I asked the guy at the gate.

You could spend half your time in Rome just waiting in lines, so to be told one is longer than average says a lot.

Later, while making my way around the Colosseum, I heard a guide talking about how if you take a (really expensive) tour of the Vatican, you can skip the line. The researcher in me thought: I’ll bet there’s more to it than that.

I went online and discovered that, lo and behold!, you can also skip the line just by booking a ticket through the Vatican website.

But the spots were sold out for Monday.

BUT… if you upgraded to having breakfast, there were still spots available. Still cheaper than a guided tour, and includes food. I’m in.

If you haven’t seen the Vatican Museum, it is 100% worth it. There’s no way you can take it all in in one day, so I just let my nose guide me. I won’t geek out and list everything I saw, but I had goosebumps the entire morning. Then, with an eye on the clock (because I’m organized that way,) I figured I’d see the final few things I wanted to see, then go catch my train out of Rome. 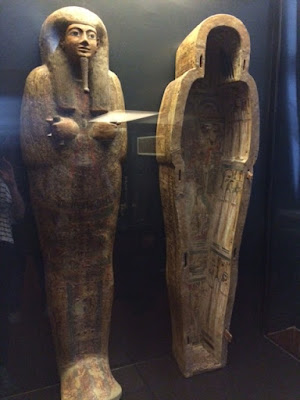 Turns out you can’t just pop in and have a quick look at the Sistine Chapel.

I followed the crowds, painstakingly slowly, through 12 more rooms filled with antiquities and tapestries and modern Christian art – which no one was especially interested in. I watched as everyone held their cameras upwards as we passed through each doorway, like “is THIS it? Oh. Is THIS it?”, only to be told that you are not allowed to photograph the Sistine Chapel, much to my selfie-stick hating delight.

I won’t go into my experience of finally seeing Michelangelo’s masterpiece, except to say it had all the elements of seeing something you’ve seen photos of your entire life, while surrounded by a thousand people: some excitement, lots of awe, and a bit of oh, right, well, I guess that’s that, then.

I saw St. Peter’s Basilica and Square (similar reaction, although St. Peter’s Square full of people in the sunlight is quite magical.) Then I went off to catch my train.

Another effect of not planning: I had no SIM card. Which, so far, I’ve really enjoyed. It’s only when can’t use your phone outside the house that you realize how much you use your phone, and how much everyone, everywhere, uses their phones. On the train, I actually… read a book! And looked out the window! And eavesdropped on Italians making rude jokes! I think. 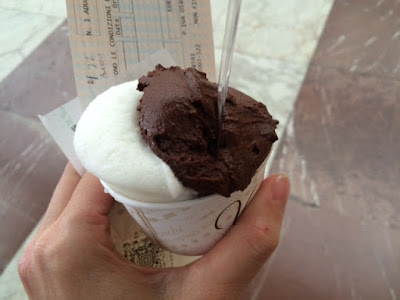 But in the interest of trying to be a grownup, and because I was supposed to call my AirBnb host, when I arrived at the Florence train station, I went to Vodafone. A SIM card was $60 for two weeks. I smiled at the guy, said no thanks, and used a payphone instead. Then I took a regional train to a little town 15 minutes away, where I am staying in a gorgeous, cozy, super affordable loft, owned by an older Italian couple who have just made me a mouthwatering three-course meal with local wine, cheese, sausages and fresh pomegranate, shared their life stories, made sure I wasn’t hungry/thirsty/cold about 700 times, and told me to get up whenever, breakfast would be waiting.

I booked this at the last minute, too.

I rest my case.