1. Take a bus to the metro station. This won’t be hard. First, go to buy a ticket at the café across the street, except they don’t sell bus tickets. But they assure you: people don’t use tickets on the buses here. The “ispettore” rarely rides this line. You’ll be fine.

2. Take a deep breath. Walk to the bus stop that your Airbnb host pointed you to. Which isn’t there.

3. Follow Google maps to the next nearest bus stop, which appears to be closed. You know this because the sign says “Fermata,” and you speak French, a fact about which you are suddenly very smug. Except there is an old man who seems to be waiting for a bus.

“To metro,” he confirms, when you ask.

5. Take the metro to the Colosseum station. Emerge. Stop dead. Through the sea of selfie sticks, tour guide umbrellas, souvenir stands and people, it is… the Colosseum. Stare at it for a while, vibrating with gratitude. Damn you, Rome.

6. Get in the way of someone taking a selfie. Apologize.

7. Take another bus to some ruins in the middle of the city. Stand near where Julius Caesar was executed. Stare at it for a while. Say “Wtf.”

8. Get in the way of someone taking a selfie. Say nothing.

9. Continue on to the Pantheon. Turn the corner, stop dead. Stare at it for a while. Say “Wtf” some more. Go inside and cause neck damage from prolonged gazing at the biggest unreinforced concrete dome ever built. Sit on a bench and gape for longer than is probably proper. 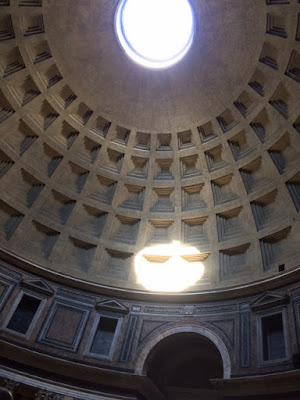 10. Get in the way of someone taking a selfie. On purpose. 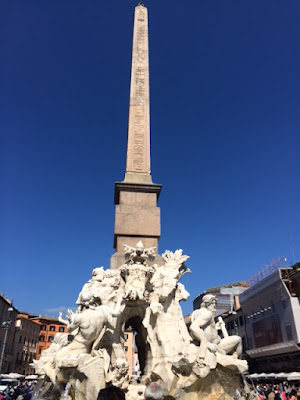 11. Buy a meringue at a little bakery where the locals seem to be buying lunch. It’s made entirely of sugar. Bounce to the Piazza Navona.

12. Get in the way of several people taking selfies. Congratulate yourself.

13. Stop for the most expensive lunch you’ve had in months, possibly this year. It’s delicious.

14. Walk along the Tiber River. The Tiber! FFS.

15. Head to the Trevi Fountain, which is absolutely heaving. Nudge your way to an empty spot down by the water. Make a wish. Beam.

17. Go to the Spanish Steps. Watch the world go by. There are so many people on the surrounding streets, you can’t see the actual ground. Decide it’s probably time to call it a day, then notice that the Keats-Shelley House is right next to you – the house where John Keats died of TB. Decide to go inside.

18. The house is small, dark and crammed with ancient books, letters, and memorabilia. There are films about the two poets, and Shelley’s wife, Mary, author of Frankenstein. There is the room where Keats died, and a letter from the friend who nursed him in his final months and held in during his last breath. 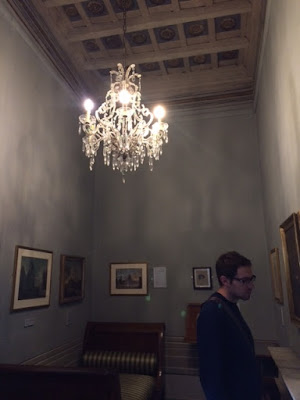 There are only a handful of people, quietly milling around, taking it in.

There are no selfies.