It’s been almost 15 months, with a 3 month break, since I left Canada. I left with a mission: to find a different way of life, that was less about depending on one person and a frantic career to fulfill me, and more about being in community, having purpose, and creating the kind of existence where I didn’t live for vacations.

I’ve volunteered in Uganda, hung out in Australia, cleaned toilets (and meditated) on the side of a mountain in New Zealand, and housesat in the most boring city in the southern hemisphere. I’ve gone on silent retreats, sunk my feet into the sand of many beaches, and slept in many, many beds. I have searched my soul, and borne witness to thought patterns so ingrained they might as well have built decks and planted perennial beds in my brain. I have pushed myself and forgiven myself, and learned to find peace in my own company in ways I couldn’t previously have imagined. And yet, I’m no closer to my goal than I was in May of 2014.

Although at least I’m housesitting in a different city.

I’m in Perth, Western Australia. I spent two months here last year as well, because this place is home to some people I really love. And I love it, too, with its endless white sandy beaches and ridiculous sunsets and “oxytocined-up-the-wazoo” (to quote a Melbournian friend) residents. It’s the kind of place I always thought, in another life, I might call home. But that’s the thing: this is another life. 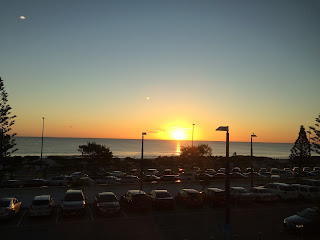 I’ve been so incredibly lucky to be able to travel like I have. But in many ways, traveling is the opposite of building community. Or at least, it has been for me. I’ll arrive somewhere, full of hope and expectations, stay a few months, decide said place doesn’t tick all my boxes, leave and do it all over again. I have been, if I’m honest, hoping to just land someplace and find this so-called community waiting, fully formed, with a welcome sign and a gift basket, wondering what took me so long. As I drive to my Perth housesit one night, past the red dirt and the kangaroo crossing signs, I realize that, possibly, this isn’t the way to go about doing things. That maybe something other than my scenery needs to change. And that maybe that something is me.

So I decide to conduct an experiment. Instead of waiting for whatever I’m searching for to come to me, I’m going to attempt to seek it out. I have two weeks left in Perth, which doesn’t make this a very realistic goal, but I make a high chance of failure part of the experiment, too.

On Day One, I visit a Buddhist centre I’ve been meaning to check out since last time I was here. That night, I attend a writing group in a pub downtown. Neither blows my mind, but strangely, being a traveler again – being curious and open-minded, hunting places down and talking to strangers – energizes me.

On Day Two, a friend takes me on a tour of the countryside. We drive through rolling hills, have lunch in an ancient, underground pub built by convicts, and explore an amazing bookshop. It’s a great day, and also one that brings back a thought that’s been nagging me since I arrived: where are the Aboriginal people? And how can I find out more about them without going to a museum, or having some kind of forced, tourist “experience”?

That night, another friend tells me of a couple who run an Aboriginal rights group, and who are looking for a scriptwriter to help them with a documentary.

Anyone who has traveled knows how there are the days that blend together, the days you remember, and the days that change you – that stay with you for the rest of your life. On Day Three, I visit Dumbartung. I stay for five hours. 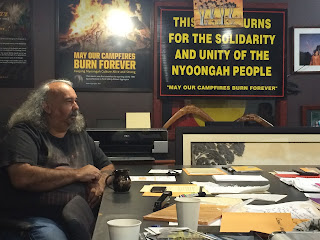 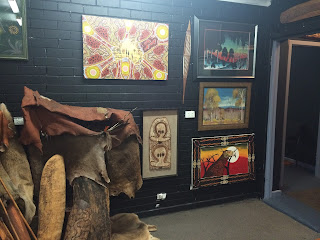 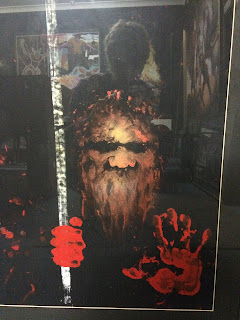 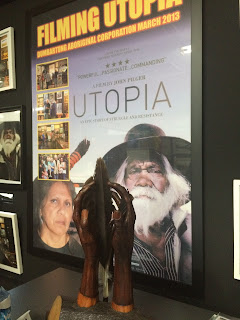 The couple, Robert and Selina, who run every aspect of Dumbartung, give me the world’s fastest history lesson on the colonization of Australia’s Aboriginal people. I learn of slavery, of children stolen from their parents, of unfathomable statistics of Aboriginal suicide rates – one of whom was Robert and Selina’s own son. I meet two people who have given everything they have for the past 30 years to raise awareness about these issues and more, and to try to reclaim the rights, the culture and the life taken from their community. This documentary will aim capture that work, the lives that have been changed, and the state of things now for the next generations.

It normally takes months to complete a documentary. Robert and Selina have 6 weeks. They also have no money, because Dumbartung is about to run out of funding, a matter that doesn’t seem of any consequence to the Australian powers that be.

Can we do it? They ask. Of course, I tell them, knowing how much of a stretch it is. I spend the next week and a half immersed in books, DVDs, and articles; brainstorming, debating, outlining. Every day, I’m exposed to stories of struggle I can’t wrap my head around, about the demise of a culture that, it seems to me, holds answers to some of the questions about which much of the Western world is scratching its head in vain. I know there’s no way this project will be as good as it should be, or reach as many people as it needs to. Each night, I drive home stunned silent… and up to my eyeballs in purpose.

Please understand: I’m not saying hey, look at this terrible tragedy that happened, and here I am, holy white girl, to save the day and feel all great about myself. But I needed to be reminded of something, and that’s this: purpose is about helping when you’re needed, and asking for help when you need it. So is community. It’s about giving what you’ve got – not asking for anything back, and then, usually, being stunned by how much you receive.

One morning, just before I leave Perth, I find myself watching a Youtube video about the South of France. It’s a glorious rainbow of eye candy – cobblestones and sunlight and mussels and people riding bicycles by rivers, all set, naturally, to accordion music.

“Maybe I belong in the South of France!” I wonder, out of sheer habit. But after that, I don’t feel the usual tug, or hear the voice in my head helpfully pointing out that yes, the South of France is where is at, ‘cause honey, you ain’t finding your answers where you are now. Instead I jump in the car and head to a crumbling, soon-to-be-shut-down office, full of kangaroo skins and heartache and people who already feel like family. And there is nowhere else on earth I’d rather be.

Dumbartung is funding this documentary on less than a shoestring, and hoping to screen it to audiences around Australia. Any donation, no matter how small, would be hugely appreciated. If you want to learn more about Robert and Selina and the incredible, invaluable work they do, please visit Dumbartung’s website.