A few hours after the elephant-spotting incident, we pull into what will be my home for the next 2 months. It’s past midnight, and I assume everyone will crawl into the house and fall into bed.

It’s pitch black out, so all I can hear is the sound of a million strange birds, including one that sounds like a ray gun from a 1980s arcade game. I drag my bags to my room, which is a dorm for four, but it’s only me in there for now – and, as I discover, Rocky. Rocky scared me at first, when I saw him out of the corner of my eye, but it turns out he’s a pretty friendly dude, and most importantly, he doesn’t snore. 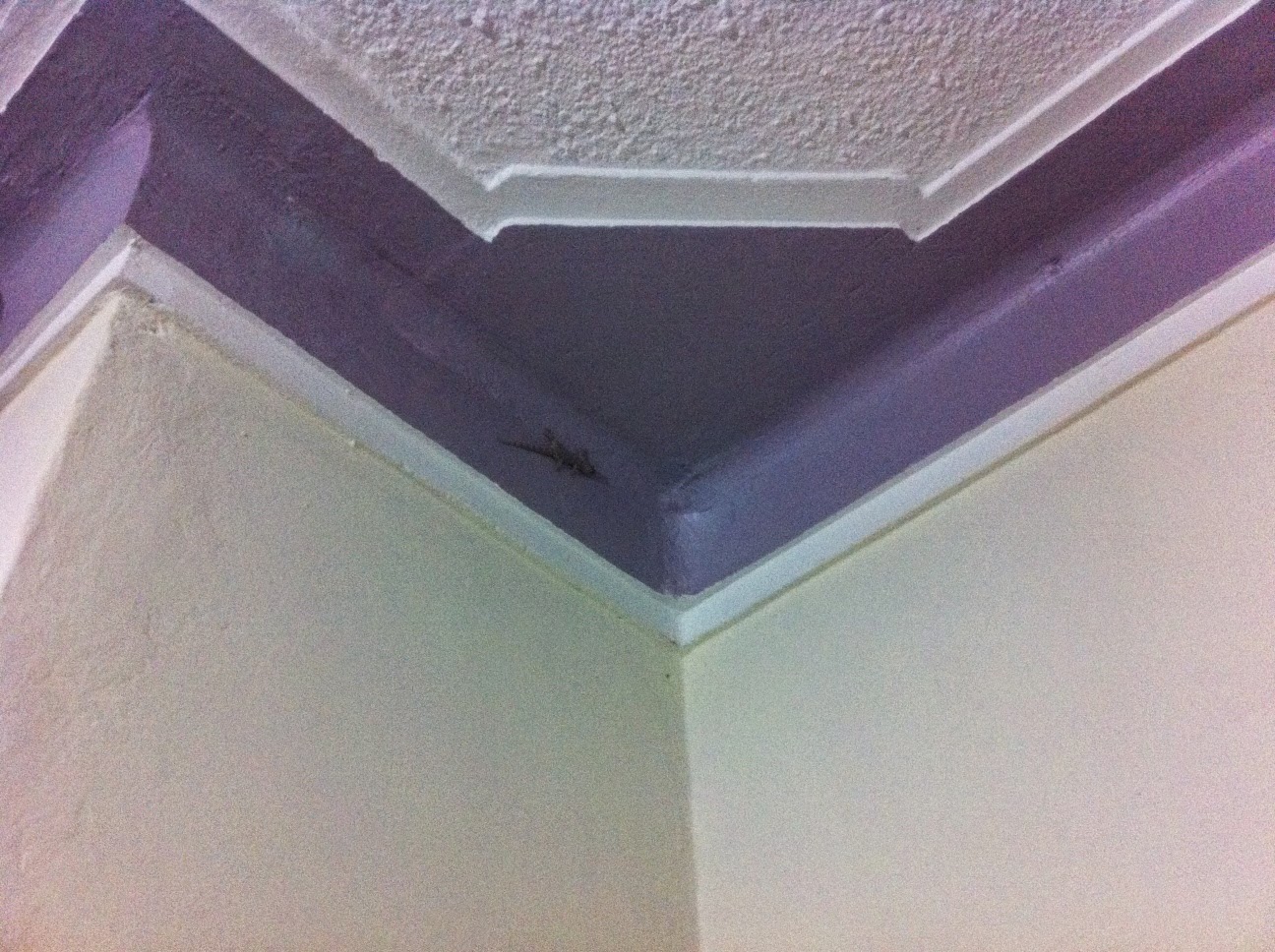 I wake up the next morning, walk out onto the front porch, and see this.

Talk about Dr. Who. Or maybe Star Trek.

I’ve been asked to photograph and write about the Reach a Hand camp, which I’m happy to do. I’m even happier when they invite me to get involved in the activities. There are few things I love more than frank, open talk about sexuality and sexual health, and the kids are amazingly enthusiastic – some of them probably know more than I did at their age. I’m normally not so outspoken in group situations, but every time I’m about to bite my tongue, I think about how this particular piece of information could save a life, or a future – literally or spiritually. And so I speak out, explaining the difference between being transsexual, homosexual and a drag queen, discussing how condoms don’t prevent all STIs, telling one boy that no, having sex while a woman is menstruating will not damage her uterus. By the end of the day, I’m high off the positive energy. 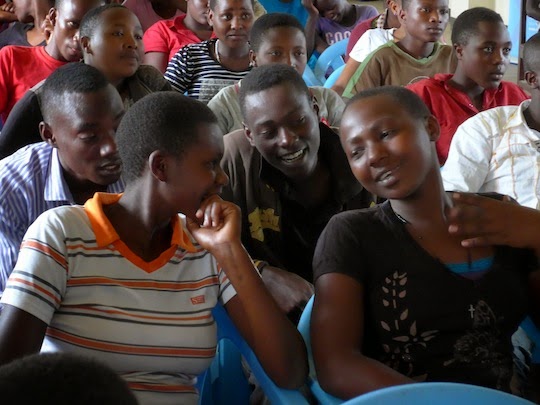 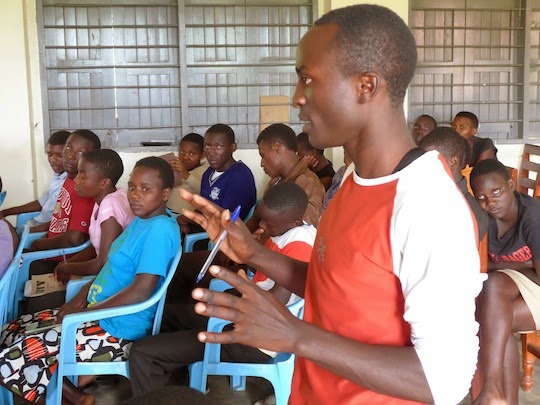 The second day of the camp is harder – for me, I mean. They’re still loving it, while I’m realizing that, while these kids are probably miles ahead than most of rural Uganda, we’re still operating at around the 1940s or 50s. Abortion is off the table completely, as it’s illegal here. The general agreement is that “men always initiate sex.” Thankfully, there is discussion about how if a woman dresses sexily, she’s not “asking for sex,” but there are also words of advice to the girls to “dress decently,” which I understand, but still makes me squirm. 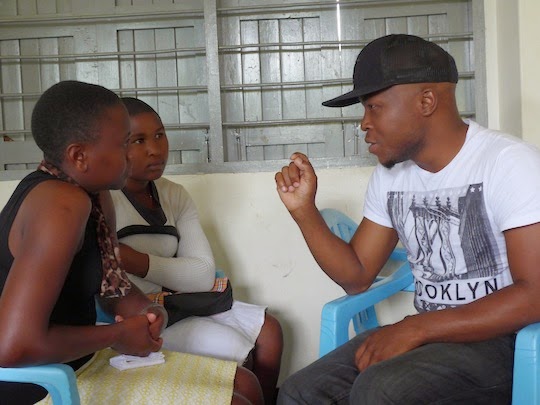 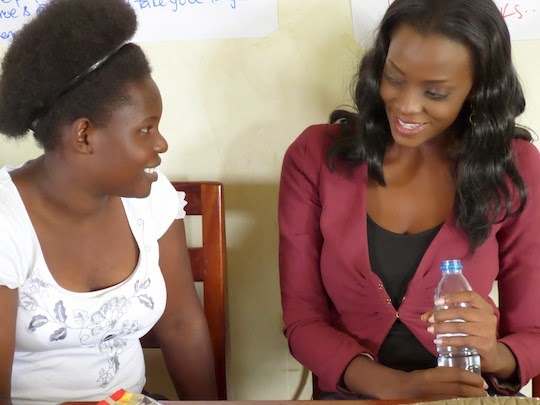 I realize I can’t barge in here and fast forward through 60 years of sexual revolution in 3 days, nor is it my place. But that doesn’t make it easier. One student asks what to do if someone propositions you or “brushes up against you in a sexual way.” Another asks what you should do if you’re married and accidentally get pregnant. The response to the first: politely ask them to stop. The second: well, have the baby you’re married, after all. This in a country where the average birth rate in still at about 6 children per woman. You’ll never recover emotionally from an abortion, one facilitator says. You have a 75% of ruining your womb for good.

I have to hold myself from getting up on the table and yelling, “Fuck politeness! We’ve spent too long being polite! Where has it gotten us?” I want to rally them to fight to bring safe and legal abortion to Uganda. I want to mention that, while I know it’s not true for all women, many have recovered emotionally from an abortion, and have gone on to have healthy pregnancies and children. I want to talk about overpopulation and its effects on the planet. But I can’t. In fact, it would probably take away any credibility I’ve earned in the past 48 hours.

On the final day of the camp, we discuss the menstrual cycle and fertility health. Who woulda thunk that trying to get knocked up for 2 years has made me an expert in this subject. Ovulation, cervical mucus, menstruation: I’m the freaking Alfred Kinsey of Nyaka. Then one girl stands up and asks if “barren” women menstruate.

“Yes, we do,” I want to say. But we’ve just spent 2 hours explaining to these kids how easy it is to get pregnant. Still, for a second, I can’t breathe. Sometimes, irony really sucks.

That night, I open up to one of the facilitators, who’s actually a minister, about some of the things I’d wanted to say during the discussions about abortion, and homosexuality, gender equality. To my surprise and delight, she’s completely on board.

“We’re just not there yet,” she explains. And the truth is, when I step back and think, many of these same issues would likely have come up in rural Alberta, and certainly in some parts of the States. In this country, these kids are leading the way. I love talking about this stuff, but I’ve never really thought about how, in places like this, this knowledge can be a matter of life or death. It’s crucial for moving forward. It’s everything.

The RAHU peeps leave the next day, and later, walking home, I encounter one of the students who was at the camp. I ask him what his favourite part was.

He shakes his head, earnestly. “It was learning about the reproductive cycle,” he says. “We wanted that part to last forever.”

Sometimes irony sucks. But sometimes, after irony, come the moments that knock you off your feet. 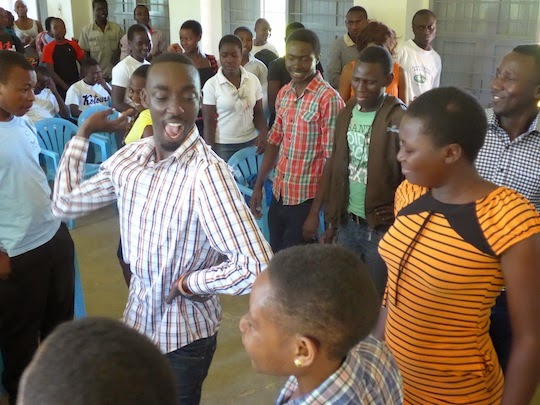